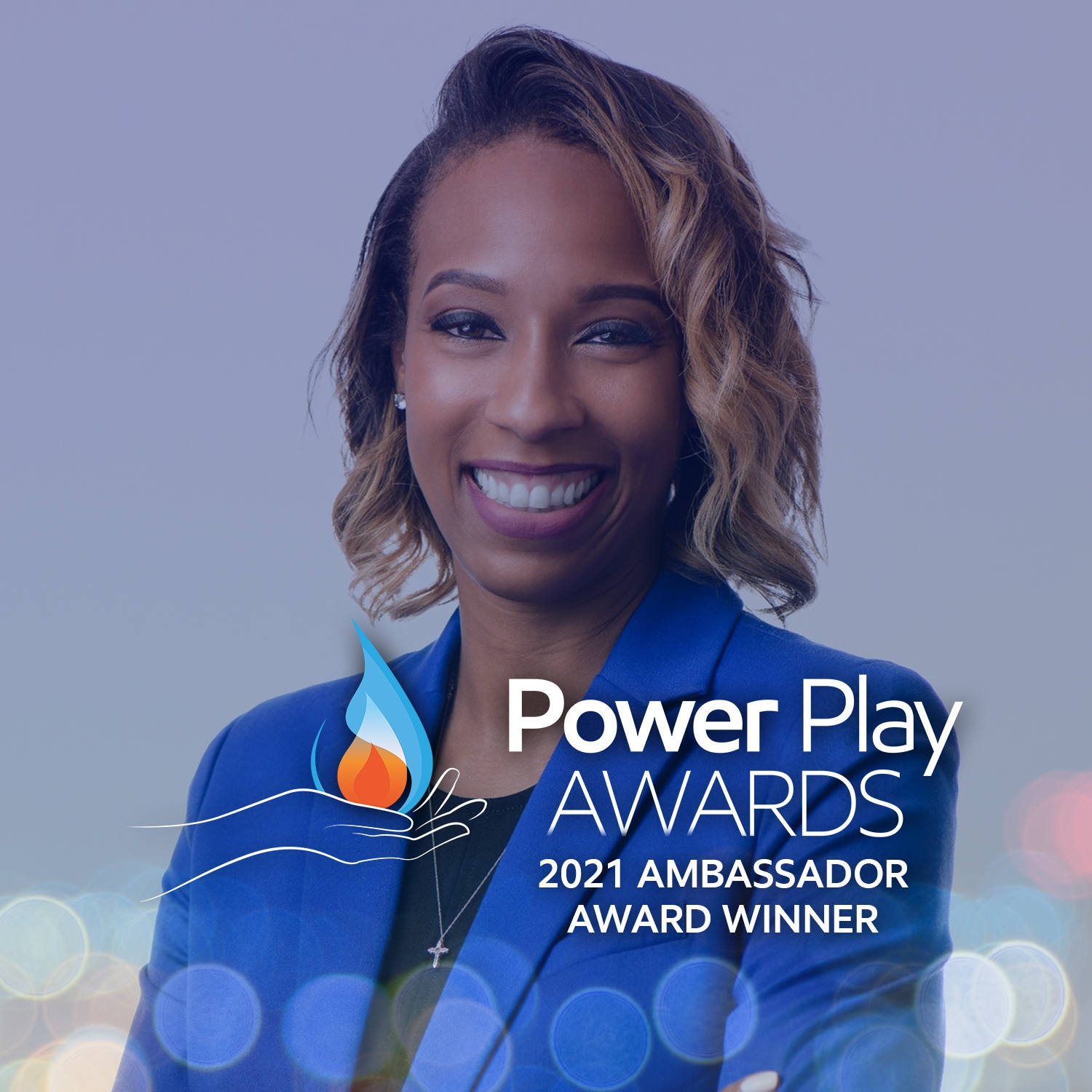 Candace Jimerson, Senior Director of Commercial LNG Operations at Golden Pass LNG, received the Ambassador Award from the 2021 LNG Power Play Awards sponsored by ExxonMobil. The Ambassador distinction is given to a professional who displays positive energy and collaborative leadership while inspiring those around them.

HOUSTON, TEXAS – Candace Jimerson, Senior Director of Commercial LNG Operations at Golden Pass LNG, received the Ambassador Award from the 2021 LNG Power Play Awards sponsored by ExxonMobil. The Ambassador distinction is given to a professional who displays positive energy and collaborative leadership while inspiring those around them.

“At Golden Pass, one of our core values is developing capable and motivated people. We are honored to witness Candace’s uplifting and empowering leadership style as an example of those values every day,” Sean Ryan, president of Golden Pass LNG, said. “We are very proud to see her being recognized by our industry as an ambassador for her leadership and the impact she has on our company’s morale, productivity and success."

According to ExxonMobil, this year’s award program focused not only on the accomplishments of exemplary men and women in the LNG value chain, but also on the resilience these professionals have shown through the last year. The program also highlights the importance of recognition, support and empowerment.

Jimerson has been with Golden Pass for more than 10 years and was instrumental in executing the transition from an LNG import terminal to ultimately a final investment decision on the 16 MTA export facility. As part of her role leading commercial LNG operations, she also supports development and implementation requirements across functional groups and manages the contractual obligations and performance for the project's LNG off take agreement.

“I am grateful to have been part of the Golden Pass journey from the beginning, and for my leaders and colleagues who have provided invaluable support and mentorship along the way. From developing a greenfield LNG import terminal, to transitioning our company to meet changing energy demands, to securing one of the largest SPAs in the world, I have had so many opportunities to learn and be part of a great story,” Jimerson said.

“Now that we are well on our way to becoming the premier LNG company in North America, I am humbled to receive the Ambassador award for leadership. I can say with confidence that I am only getting started, and I am committed to supporting and inspiring new leaders in our company and our industry by developing mentorship opportunities and advocating for more diversity in the LNG space.”

Winners were recognized during an in-person and virtual ceremony during Gastech 2021 Wednesday, September 22, 2021 in Dubai, United Arab Emirates.

This year’s awards received submissions from individuals representing more than 139 companies from across 36 countries. Nominations were assessed by an impartial panel of 12 international experts from across the LNG value chain.

Golden Pass LNG has entered its third year of a five-year construction phase for an industry mega-project to build natural gas liquefaction and export facilities adjacent to its existing LNG terminal in Sabine Pass, Texas. The first of three LNG production trains is expected to start up in 2024.

For more information on the Power Play Awards and winners, visit https://www.ExxonMobilLNG.com/Power-Play/Power-Play-Awards.